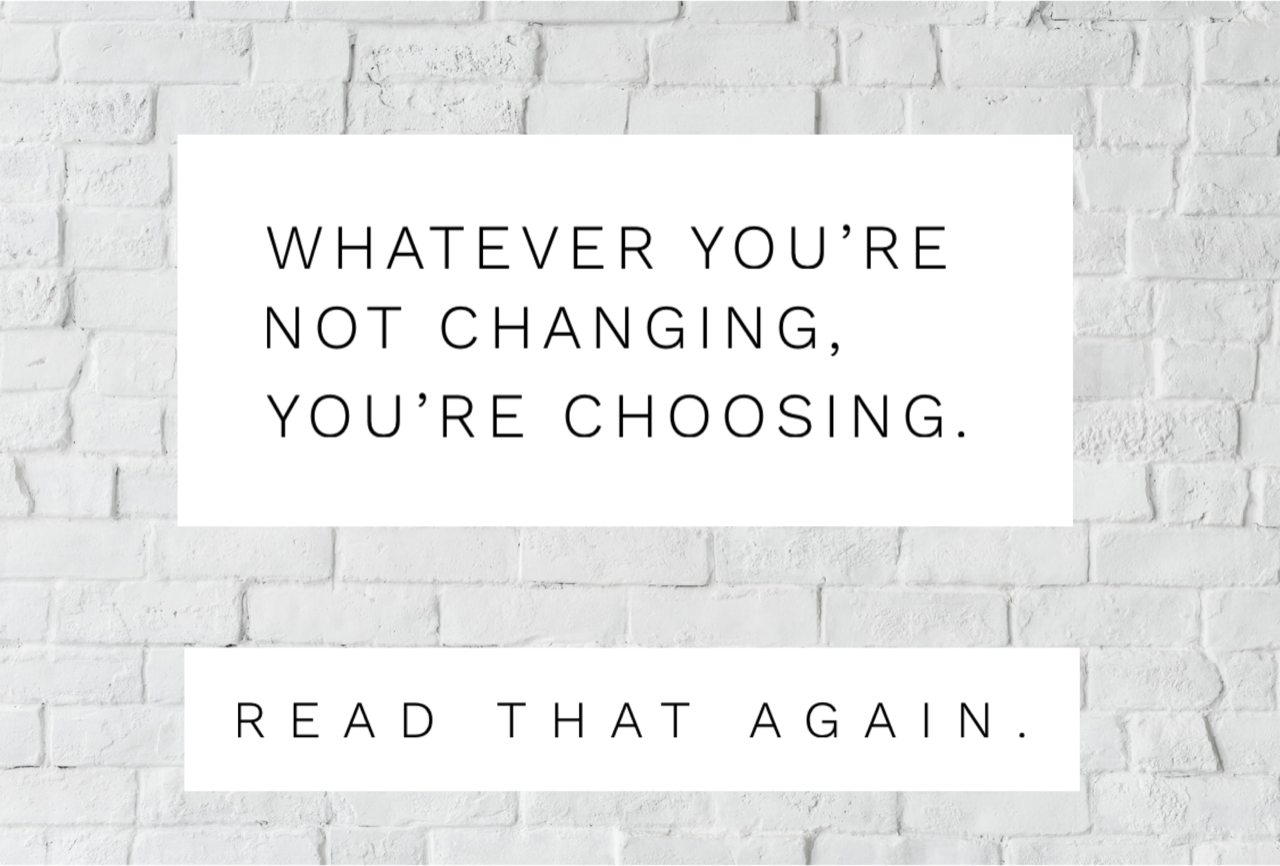 Whatever you’re not changing, you’re choosing.

I came across this quote recently and it stopped me dead in my tracks. I had spent the last few minutes mindlessly scrolling the ‘gram, wasting time I didn’t have to waste, and these words jumped off my Instagram feed and slapped me right in the face. The scrolling stopped, my mind that was just wandering was now locked in on my screen, and I started to feel a handful of mixed emotions. Shame, guilt, embarrassment, and I got super uncomfortable.

For the month or so prior, I was internally wrestling with some things I wanted to change, but I didn’t really want to face. Just thinking about it felt heavy and hard, and it seemed like a task that was too tall to take on. But in order to continue moving forward towards the person I want to become, I needed to get started and make some changes within myself.

Tomorrow, I thought. Later. I’m too busy. Today was really crazy (every day is crazy), I will get to it soon. I need to get to X, Y, and Z done and then i’m on it. Where do I even start? Is it really that bad? Do I really need to change anything? I’ll just stop doing it. There, problem solved!

That was my state of affairs until I read these words. I felt called out, like someone put a giant spotlight on my face and I was standing in front of every critic within myself and I had to own up to my excuses, procrastination, and flat out lack of effort. And deservedly so. By not changing the things that needed addressed, I was choosing to stay the same.

But I didn’t want to stay the same…I wanted to be better. Truly, I did. But it turns out staying the same is much easier than facing the music. And that was a choice I continued to make.

How true is this in all areas of our lives, though? All of the things that feel a little too heavy and a little too hard are the easiest to ignore. Or put off. Or start on Monday. Or the 1st of the month. Or when “you’re ready.”

In order to change any area of our lives, we typically have to wrestle with a lot of negative feelings and emotions. And the really good ones, too; shame, guilt, vulnerability, fear, embarrassment, and discomfort just to name a few.

Whether it be a personal struggle, losing weight, getting back into a fitness routine, or starting a fitness routine for the very first time, or cleaning up your diet. Saying you want to change is the easy part. Recognizing and admitting that you haven’t made a change is difficult. Choosing to change and taking the first few steps is the hardest part. Why is it the hardest part? Because you have to stand up in front of all your own inner worst critics and face the truth; you have been choosing to stay the same.

While you face the truth, you also have to face and overcome the waves of excuses that disguise themselves as justification and reason. I’m too busy. I have kids. I don’t have enough time. I have a full time job. My schedule is too full. I have too many responsibilities. I don’t know where to start. I don’t know how to start. The list goes on, and on, and on, and on…and listening to those excuses is choosing not to change.

Like the voice that says “I don’t have time to exercise”. We hear it daily. And most of the people at TPA don’t have the time to exercise. They prioritize and make the time. at 5:30am, at 6:30pm, and every time in between. Despite full time jobs, families and spouses, nights full of activities, and a million other responsibilities and obligations, they choose to workout before the sun comes up or after the sun goes down so they can fit it into their days.

Or the voice that says “I want to lose weight” but I’ve gotten so heavy I don’t even know where to start. I feel ashamed that I’ve let myself get to this place. It feels easier to continue in that direction than to take the steps necessary to change. But notice how I said feels. Don’t let the emotion of the task take away from how simple the task can be.

The emotions are the hardest part. The feelings of being exposed, the shame and guilt, the embarrassment…they are really hard emotions to overcome. It takes courage to make any kind of change. That hesitant courage becomes bravery. Bravery becomes confidence. Confidence becomes success. All the while you have been manifesting happiness. Start by making one good decision at a time. Drink more water. Park further away at the store. Get enough sleep. Trade fried foods for grilled foods. Walk for 10 minutes. Write down 3 things you’re grateful for. The tasks can be simple and wildly effective.

If you’ve been avoiding ANY kind of change (like me),THIS IS YOUR WAKE UP CALL. The thing you’ve been putting off, change it TODAY. Right now. Not tomorrow, not on Monday, not after the Holidays. Don’t allow yourself to become complacent with your mental or physical health. By not changing, but not challenging yourself, by not holding yourself to a higher standard, you are choosing to be less than the best version of yourself.

Whatever you’re not changing, you’re choosing. What’s your choice?

The Results You Can’t See 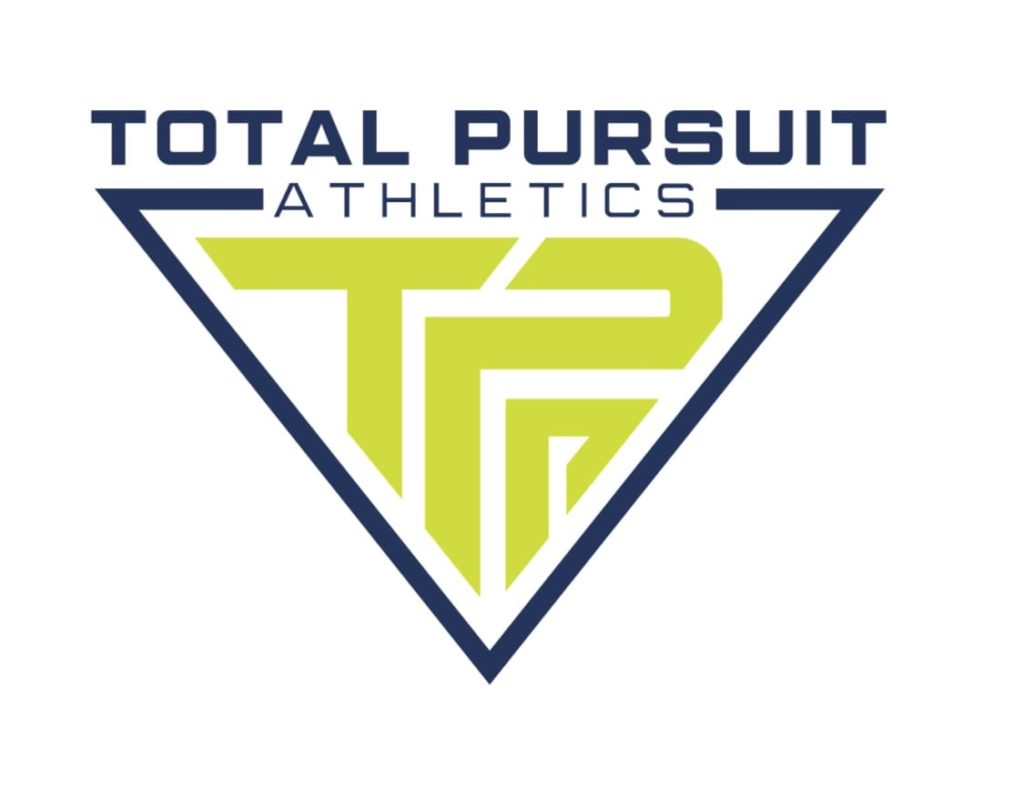